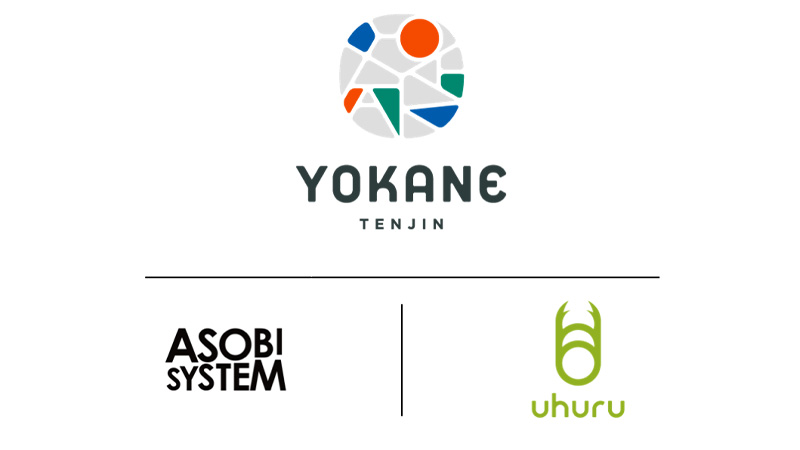 Along with the advancement of digital technology, various information is now distributed via social networks, blogs, YouTube, etc. and the boundary between online (the world on the Internet) and offline (the real world) is becoming increasingly obscure. Meanwhile, information about enjoyable regional experiences is being drowned in the massive amount of information. Such information about appealing experiences includes so-called “social capital”, such as sympathy, friendship, trust and gratitude. We hypothesized that by making and enabling distribution of tokens* that represent such social capital we may be able to define a new information service based on human relationships in the real world and actual appeals of regions. That hypothesis eventually led us to this PoC. We employ blockchain technology to enable this new token economy.
*Token: Digital currency that substitutes hard money

YOKANE is a community app for visitors to regions which creates an economic zone by region with tokens representing experiences. “Yokane”, the unit of the token, shows the level of interest and gratitude of users. By attaching tokens to their posts, users express how much interest and gratitude they have. Attaching more tokens will make the post stand out. Tokens can be given to other users to express empathy and appreciation for their activities. Tokens can be obtained by scanning the QR code at stores or by being granted by other users. 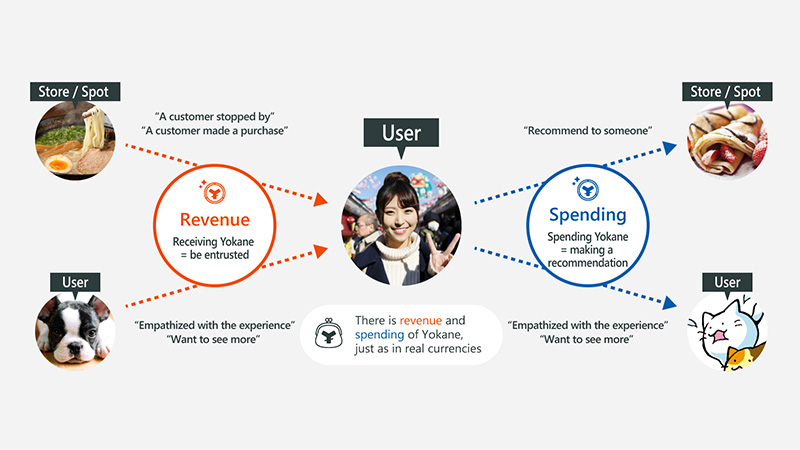 Blockchain has previously been utilized in existing SNS and community apps, although the purpose of most of them is considered to be for promotion of interaction or online ad operations. The primary value of blockchain lies in that it can turn any kind of capital into tokens and enable distribution while securing reliability. YOKANE is a service that takes advantage of this characteristic.

This PoC is currently being carried out in cooperation with approximately 900 stores in Fukuoka City, an ordinance-designated city with top civic pride※1, an indication of interest in and loyalty to the region. Based on the outcome, we aim to work on development of a new service that contributes to revitalization of other regions utilizing experience data.

We also plan to partner with companies and organizations that agree with the concept and implement the service in many areas, in addition to Fukuoka City, to pursue further regional revitalization.

Focusing on IoT business, Uhuru Corporation continues to make transformation happen with enebular, its IoT Orchestration service that allows unified management of edge devices and the cloud. Uhuru is also working on next-generation telecommunications technology including NB-IoT in preparation for the upcoming era of 5G. Uhuru’s teams of experts in consulting, engineering and creative production strive to create business at its clients by offering one-stop access to professional services in business strategy, technological support and communication strategy.
URL:https://uhuru.co.jp/