The original press release can be found here.

In addition, Salesforce announced new features of Sustainability Cloud at a live in-person keynote during its major annual Dreamforce conference in San Francisco between September 21 and 23, 2021. The event was also simultaneously held live at other venues around the world, such as New York and Paris, and on-line.

As the global trend toward decarbonization and awareness of environmental issues intensifies, it is becoming increasingly important for companies to be more transparent with a variety of stakeholders, such as customers, shareholders and employees, and Uhuru has embarked on a mission to calculate and reduce our own corporate emissions. Uhuru is utilizing Salesforce’s Sustainability Cloud to measure and visualize greenhouse gas (GHG) emissions. 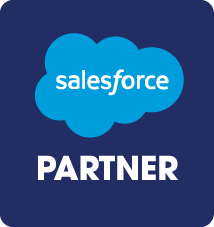 Uhuru started its Salesforce Partner Business in 2007 and since then has built our experience and know-how in public cloud integration into a core competency. Uhuru has accumulated significant knowledge as actual users of the Salesforce platform internally and we have used our examples of hands-on experience to provide services, including providing implementation support for a Carbon Neutral Solution using Salesforce. Furthermore, as a group, Uhuru provides Salesforce implementation support throughout Japan, with Uhuru’s subsidiary System Forest having been selected as Salesforce’s Best Partner of the Year for the fourth straight year at the Western Japan Partner Award Ceremony 2020.
* Company names, product names, and service names described in this release are trademarks or registered trademarks of our company, each company, or each organization.